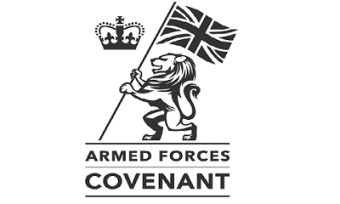 Cleveland Fire Brigade is signing the Armed Forces Covenant at an official ceremony on Thursday July 26 (10.30am) in a pledge to support the Brigade’s employees who are members of the Armed Forces community.

The Covenant will be signed by Ian Hayton, Chief Fire Officer, Cleveland Fire Brigade with Colonel Andy Hadfield and Lieutenant Colonel Chris Green from the 4th Infantry Brigade and HQ North East, based at Catterick arrison as fire appliances and army vehicles line-up side by side.

CFO Ian Hayton said: “We are honoured to sign-up to the Covenant. Cleveland has strong regional links with the Armed Forces and we have a proud history of employing members of the armed forces and those who continue to do so as reservists. They bring with them a range of transferable skills through their military training, such as leadership, excellent communications and technical application and help strengthen our role in keeping the Cleveland community safe

Organisations signing the Covenant also become eligible for participation in the Defence Employer Recognition Scheme which recognises and rewards UK employers for their support to Defence personnel.

For more information on the Armed Forces Covenant visit: www.armedforcescovenant.gov.uk/covenantinaction

This website uses cookies to improve your experience while you navigate through the website. Out of these, the cookies that are categorized as necessary are stored on your browser as they are essential for the working of basic functionalities of the website. We also use third-party cookies that help us analyze and understand how you use this website. These cookies will be stored in your browser only with your consent. You also have the option to opt-out of these cookies. But opting out of some of these cookies may affect your browsing experience.
Necessary Always Enabled
Necessary cookies are absolutely essential for the website to function properly. This category only includes cookies that ensures basic functionalities and security features of the website. These cookies do not store any personal information.
Non-necessary
Any cookies that may not be particularly necessary for the website to function and is used specifically to collect user personal data via analytics, ads, other embedded contents are termed as non-necessary cookies. It is mandatory to procure user consent prior to running these cookies on your website.
SAVE & ACCEPT